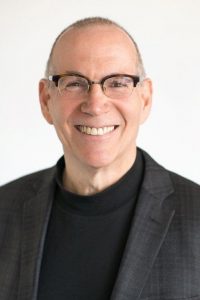 Chuck vigorously devoted his term as Rotary Club of Lancaster President 2012-2013 to strengthening the Club’s infrastructure, to improving its community outreach and to building its funding base. He also established a sound plan and foundation for future growth which he turned over to incoming President Karl Boltz.

His administrative accomplishments included development of a new, July 2013-June 2016 Strategic Plan, developed with the guidance of Oneida Deluca and incoming President Karl Boltz. The Plan’s important new long range objectives include such goals as endowment building and a new signature event to raise $60,000 per year.

Plan short range objectives include: forming a New Member Orientation Committee; inducting at least 12 new members under 40 years of age; a “Planned Giving” mechanism for the Rotary Club of Lancaster Foundation; a data collection and reporting mechanism that supports Rotary goals; integrating the Rotary Summer Youth Activities Initiative into our club culture; a mechanism to acknowledge member participation; a “Centennial Project” plan; a “Signature Community Event” fundraiser; a monthly Board review of progress towards strategic goals and a year-end process to annually update the Strategic Plan.

Chuck’s impressive administrative achievements included a membership survey with 65 responses; improved budget and administrative information transparency to members via the Club’s upgraded website (with assistance from Alicia Moranz and Bonnie Jess Lopane); and improvements to the Transmitter including the addition of Club and Rotary historical factoids (under the leadership of Jon Walker and Catesby Gilbert).

Our club’s outreach to our community was enhanced under Chuck’s watch by the development and implementation of a McCaskey mentoring project (with efforts from Rich Wolman and a number of Club members, including some new members). The Club also reestablished a Rotaract Club at F&M College, under the leadership Past President Dave Hosler, after years of inactivity. Fellowship events were also well-attended

Chuck’s leadership enabled the Club to set several fund raising records. We met our Foundation goals, reaching a million dollar all time high mark, achieving our annual goal in early June without a push like most other years. In fact, the Club exceeded its $33,000 annual giving goal established by the Foundation Subcommittee by more than 10% with over $36,500 in Foundation donations!  This success was largely due to the efforts of chairs John Saeger and Shane Moser and their committee members.

The Club’s largest fundraising events had another successful year with record results under the leadership of Bill Marshall and Jeremy DeBord. This included the Basketball Extravaganza, the McCaskey mentoring project and the Car Wash ticket sales.  Past President Bob Roschel gave $5,000 to the RI End Polio campaign. The Club’s 2012-13 Spring Fundraising events sold out thanks to the tireless efforts of chair Jen Baker, President Elect Karl Boltz and others.

During Chuck’s presidency the Club presented members with a great variety of informative and entertaining programs on a wide spectrum of topics, including the controversial, delivered by an array of expert speakers. Highlights included a debate between congressional candidates Joe Pitts and Aryanna Strader, discussion of health issues ranging from an analysis of the Patient Protection and Affordable Health Care Act to Medicare to the new Barshinger Cancer Institute, local history and culture, education and religion. National issues were also addressed such as defense, security and the economy. Important social issues such as foster care, conservation, corrections reform and slavery were explored. Business and commercial topics included travel, agriculture, branding as well as trends in local banking and news media.

Alas, Chuck had some disappointments.

The Club failed to meet his membership goal of adding a net of four new members. The Spring Fundraising event from the 2011-2012 Rotary year failed to produce as expected, thus providing fewer funds in the 2012-2013 year.  Between this shortfall and the shortfall in new member initiation fees, the financial results of the Club were not as favorable as Chuck would have hoped, although this shortfall was offset in part by strong financial results from the Basketball Extravaganza.

Although the Club Directory was essentially finalized in December, it was not printed until May.

The Rotary Club of Lancaster gives a hearty “Well Done” to Chuck Blumenstock as he ends a successful year as Club President and turns the reins of a much improved club over to President Karl Boltz.

President Karl thanked Chuck for his hard work and leadership over the years and presented him with a new name badge and pin as well as with other gifts. Chuck said that as Immediate Past President he looked forward to having some time to re-engage his law practice and spend more time with his wife, Anita.