Effective March 13, 2020: Given guidance from World Health Organization, The Centers for Disease Control and Prevention and other agencies, we will be suspending all Rotary meetings until further notice.

Heather is a native of Lititz, Lancaster County.  She graduated from Warwick High School and received her Bachelor of Arts degree from Millersville University 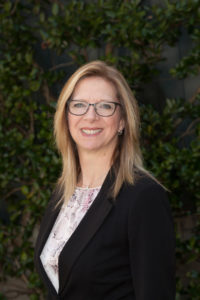 In 2002, Heather accepted a position with the Pennsylvania Attorney General’s Office in the Asset Forfeiture and Money Laundering Unit.  Shortly afterwards, Heather transferred to the Drug Strike Force Section where she was responsible for felony drug and narcotics and corrupt organizations prosecutions in a nine-county area, including Lancaster County.  In that section, she gained extensive experience with the Wiretapping and Electronic Surveillance Act and the Statewide Investigating Grand Jury.

In 2009, Heather received the Outstanding Prosecutor Award from the Pennsylvania Narcotics Officers Association and in 2010 she received the Pennsylvania Office of Attorney General’s Award for Excellence.  Heather then joined Pyfer Reese Straub Gray and Farhat in March 2013, and has concentrated her practice on criminal defense since that time.

During her 20 plus years as an attorney, she has tried dozens of cases in front of juries in multiple counties.