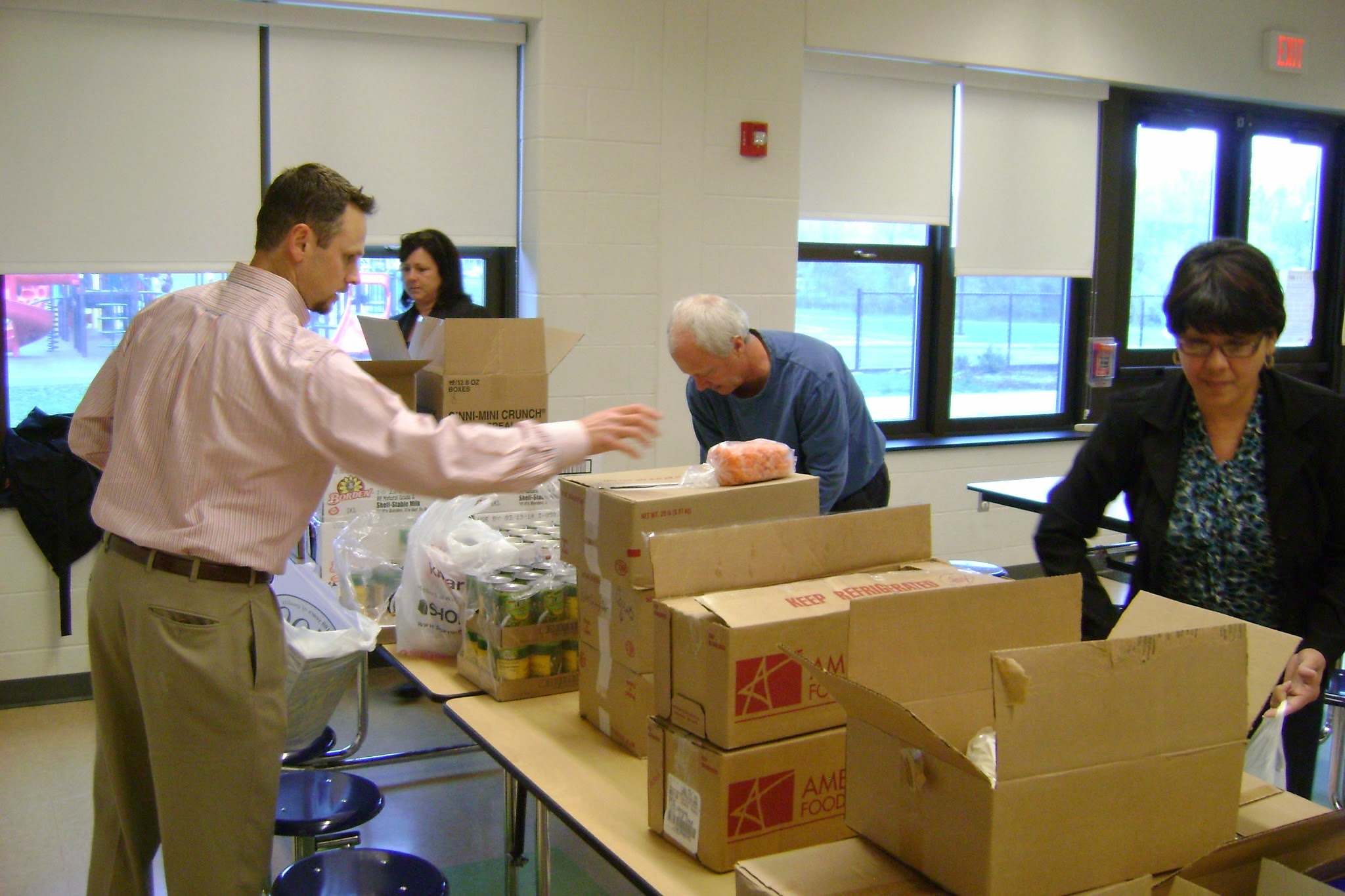 
The Rotary Club of Lancaster is deeply involved in the community.  We believe in Rotary’s Creed of “Service Above Self.”  Our members serve in hundreds of ways to enhance the well-being of all ages, races, genders, and all socio-economic levels of Lancaster County.  We encourage all members to participate in these efforts and help us to make an impact that lasts for a long time.

Click on the tabs below to learn more about our community projects, and to learn how YOU can help us continue to make a positive impact in our community! 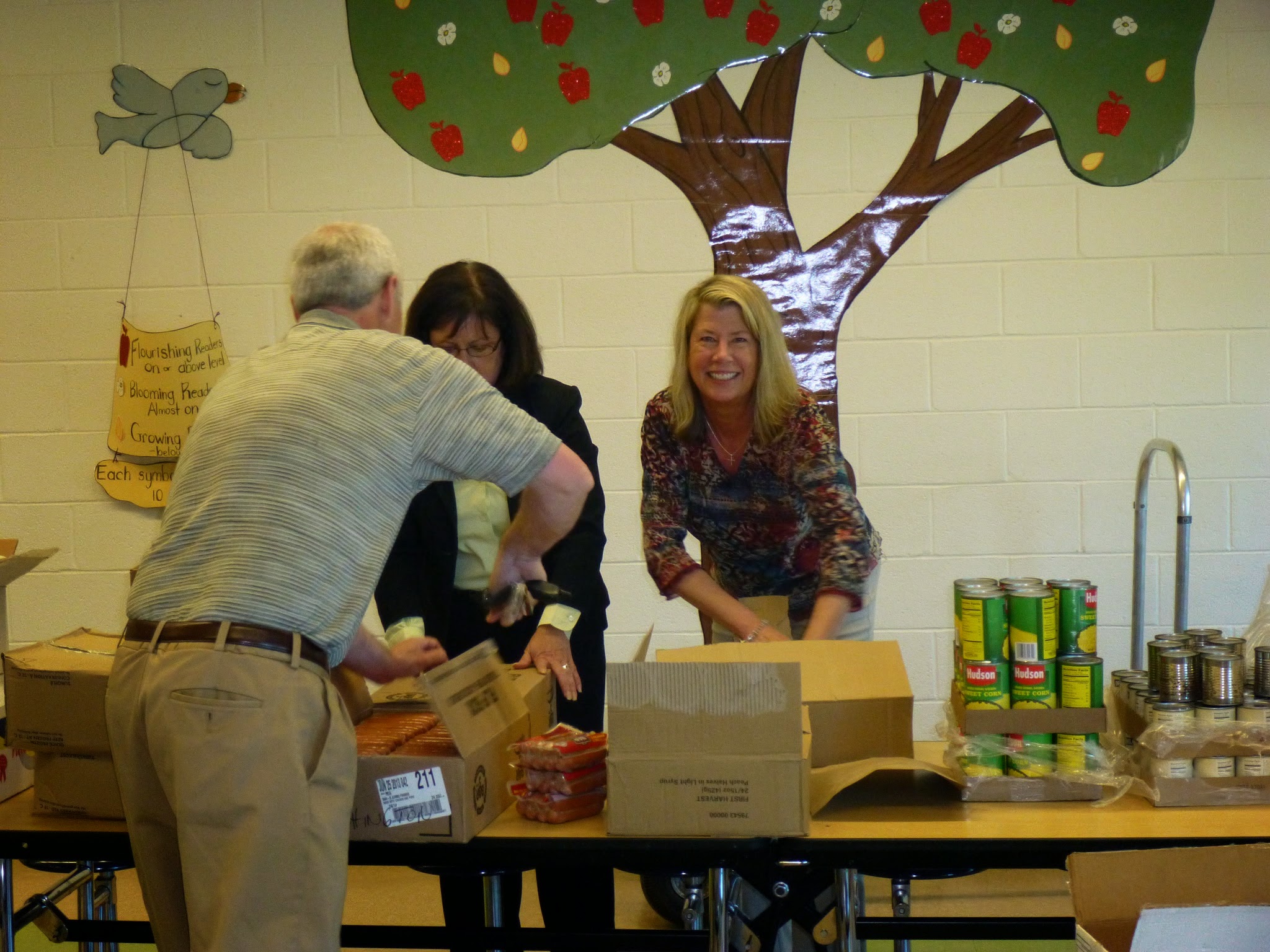 Be a Guest Reader

Be a Guest Reader… have  fun, and receive a Rotary Make-Up!

Club members have been reading to children weekly at Washington and Burrowes Elementary Schools in the School District of Lancaster for many years now.  “It’s a wonderful experience and the children love having people from the community come and read to the class,” says Arelis Perez, community schools coordinator at Washington Elementary School.  “Many of the children in these classrooms have no one at home to read to them in English, so it is key for them to have this opportunity.”

From Rotarian, Kevin Allen…
“Reading to Ms. Plaza’s kindergarten class is the highlight of my work week.  The kids are excited to have a guest reader and are very attentive  while I’m reading.  They really seem to enjoy discussing the story afterward and I love to get their take on the story. The reading program really is as much fun for me as it is for the children!”

For more information on how you can volunteer, please contact Bonnie Jess Lopane at bjesslopane@hospicecommunity.org 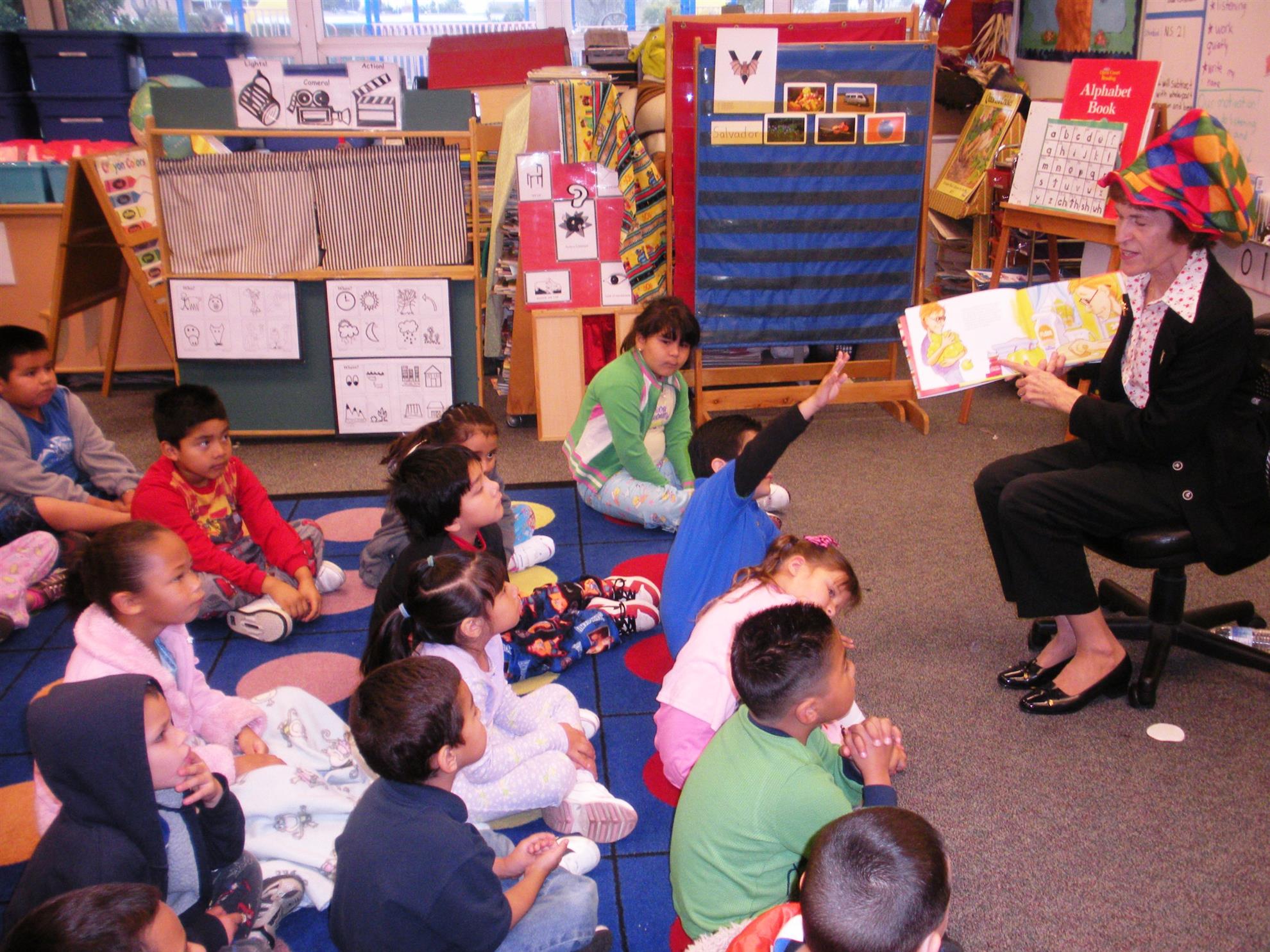 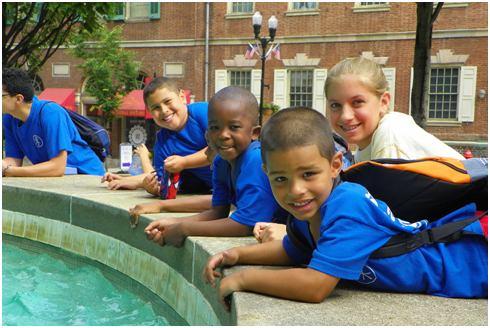 The McCaskey Career Tech Mentoring Program provides mentoring experiences and guidance with Rotarians, business persons and other mentors from the Lancaster Community.

Mentors meet with around 25 Juniors and Seniors at McCaskey High School in the School District of Lancaster once a month for group-mentoring (which usually involves a team-building activity, life-lesson activity, guest speaker or combination of some/all of these), as well as “face time” mentoring (individual mentoring between a student and a mentor where the student and mentor get to know each other more, share struggles and successes, etc.).

The Mentoring Program at McCaskey continues to grow each year, and has the full-support of the teachers and administration at McCaskey High School.

Below is an article from LNP which highlights one speaker who spoke to the students – and, was one of the mentoring sessions the students very much enjoyed.

He runs the nation’s sixth-largest prison system, and he came to McCaskey East High School on Friday to encourage kids in a mentoring program to stay clear of his institutions.

“It’s easier to build strong children than fix a broken man,” said Pennsylvania Department of Corrections Secretary John Wetzel, paraphrasing statesman Frederick Douglass. “I care deeply about our communities, and I’m concerned about kids, especially kids of color,” said Wetzel. “A young man of color who drops out of high school has a 70 percent chance of being in the criminal justice system sometime in his life.”

Wetzel said determination and focus are things he lacked in high school. But because of football and the mentorship he got from his coaches, he graduated from Elanco High School and Bloomsburg University, although he said he was on the 11-year plan for college. He talked about some of the challenges in his own life. He was adopted and was the only African-American student in his high school at the time.

The 38 high school juniors and seniors in the Rotary Club of Lancaster’s mentoring program seem headed in the right direction.

Briana Davidson, 18, wasn’t sure what she wanted to do for a career, back in the fall when she entered the mentorship program. But now she does – business.

She’s attending Bloomsburg University to major in it. She said she learned a lot from all the professionals who came in to mentor the students. 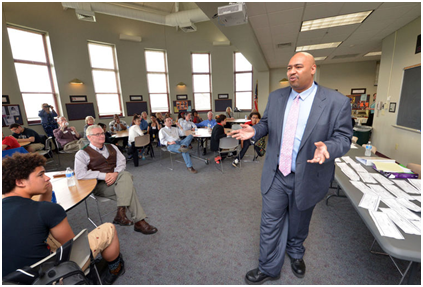 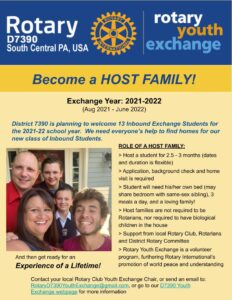 Are you interested in learning a new language or meeting new people? Rotary Youth Exchange is the opportunity of a lifetime for the more than 8,000 students who participate each year. By sharing your own culture and embracing a new one, you help foster global understanding—and learn a great deal about yourself and your home country in the process.

What is a Rotary Youth Exchange?

Youth Exchange is a study-abroad opportunity for young people who spend anywhere from a few weeks to a full year as an international student hosted by local Rotary clubs.

Is an exchange right for me?

Exchanges are for people ages 15–19 who:

How much does it cost?
Costs vary from country to country. Local Rotary clubs generously host students and provide room and board with a host family and a small monthly stipend. Participants are generally responsible for:
Can I host an exchange student?

Hosting an exchange student can be an incredibly rewarding experience for your family, providing an international experience without leaving home. Host families provide room and board and share their lives with exchange students, involving them in family, community, and cultural activities.  Rotary membership is NOT required to be a host family.

Contact us if you have questions or would like more information about serving as a host family.

Preserve Planet Earth projects foster concern for the global environment and sustainable development. Sustainable development projects promote economic and social progress that alleviates poverty and preserves the environment for future generations. Projects are supported by agencies of the United Nations, governments, and community organizations such as Rotary International.

In Rotary Year 2017-18, Rotary International President Ian Riseley has tasked each Rotary club in the world to plant one tree for each club member – which Rotary Club of Lancaster plans to do.

Past projects of Rotary Club of Lancaster include clean-up of Rotary Park (located at the corner of Prince Street & Harrisburg Avenue/James Street in Downtown Lancaster) and many projects at elementary schools in the School District of Lancaster. 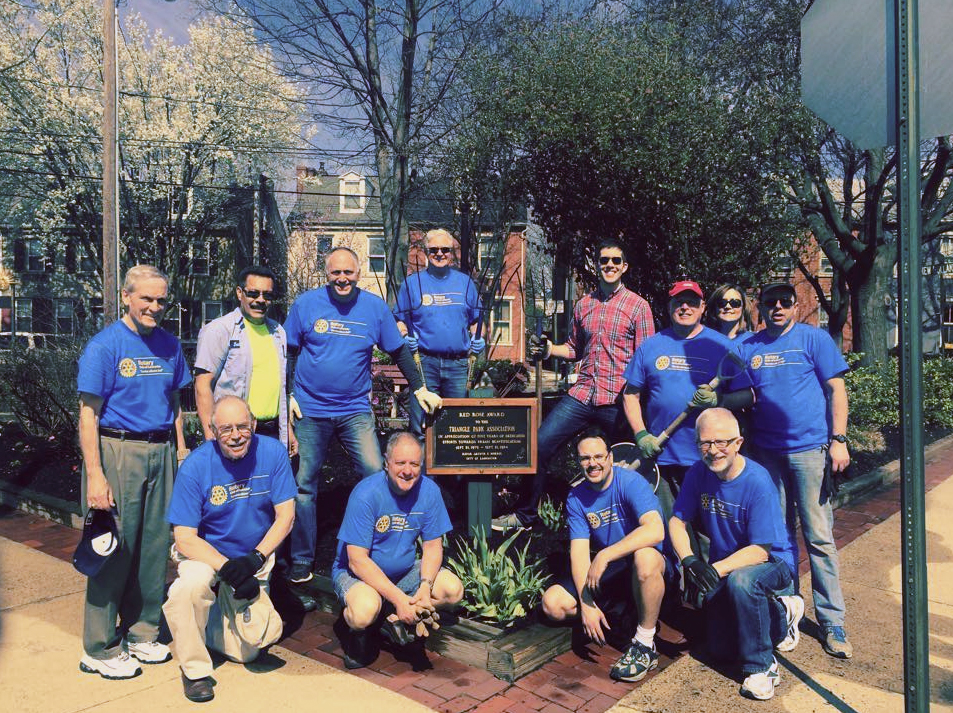 The Rotary Club of Lancaster has taken-on an innovative, and first-of-its-kind in our area, project in Lancaster County – building tiny houses to help fill a big need for women and children in our community.

This Project is partially-funded by the dollars that the Rotary Club of Lancaster raises.

Learn more about the Tiny Houses Project by clicking here to view this story from WPMT-TV FOX43. 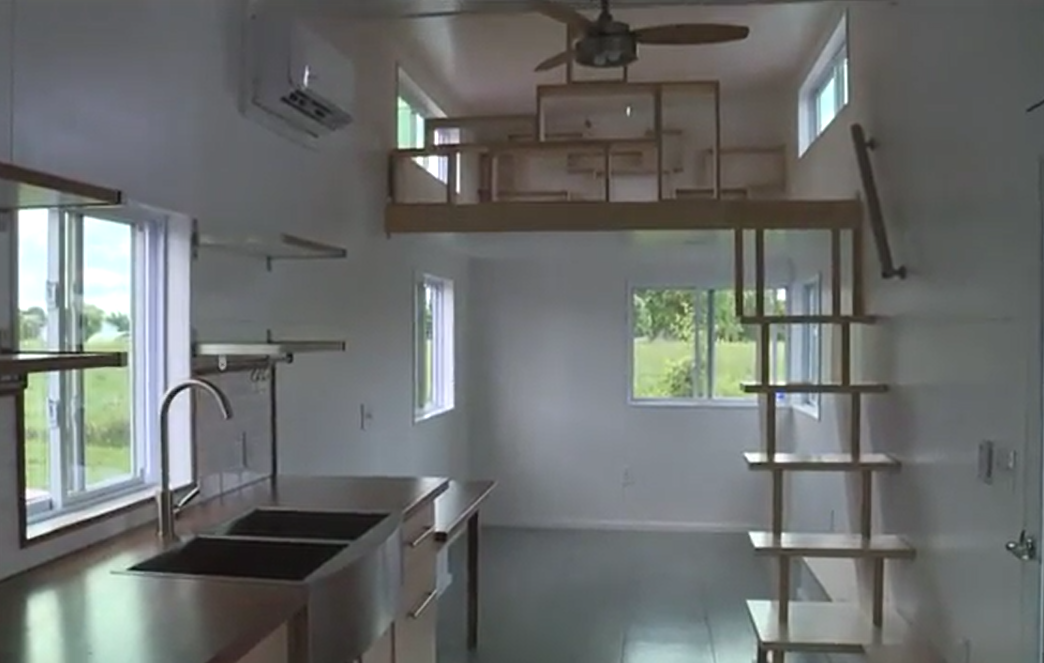 In October 2015, in celebration of Rotary Club of Lancaster’s 100 years, we partnered with several Lancaster Community organizations and made a $100,000 contribution to help kick-start a the Refugee Center & Community School at Reynolds Middle School in the School District of Lancaster.

The Refugee Center & Community School is one of several organizations the Rotary Club of Lancaster has founded over its 100+ – others include Lancaster Cleft Palate Clinic and Schreiber Pediatric Rehab Center.

Click here to view a story by WPMT-TV FOX43 on the Center.

Since 2015, the Center has continued to grow and expand the services it offers to refugees, as well as immigrants.

Here is an article from 2016 from LNP on the Center’s 1-year anniversary.

It can be hard for refugees and immigrants to become part of a new community.

“People are nowhere when they come here,” Khem Subedi said.

Subedi is community school facilitator for the Refugee Center and Community School at Reynolds Middle School, which recently marked its one-year anniversary.

The center, part of a program run by Lancaster-Lebanon Intermediate Unit 13, works to smooth the transition and connect refugees with needed services.

Subedi moved to the U.S. five years ago from Nepal, where he was a high school principal and ran nongovernmental organizations.

The center provides support to low-income refugees, immigrants and other families in the School District of Lancaster.

Subedi’s job with the coalition “just fits my background of helping people … the needs of refugees are so vast,” he said.

The U.S. State Department contracts with agencies to help refugees during their first 90 days in America. However, that’s not always enough time for refugees to get on their feet.

The government offers refugee status to people who have been persecuted or fear serious harm and who are of special humanitarian concern to the United States. Refugees are generally people outside of their country who are unable or unwilling to return home.

So far, the center has served more than 300 children and adults in the city’s northwest, which has the highest concentration of refugees, according to the district.

Besides the IU and the school district, other partners include SouthEast Lancaster Health Services and Literacy Council of Lancaster-Lebanon.

“Lancaster has a long history of welcoming refugees and immigrants, and we want to do everything we can through this center and all of our schools to give these children the support they need to be successful,” SDL Superintendent Damaris Rau said.

The center provides tutoring, English as a second language classes, clubs and other activities after school as well as workshops for parents to connect to schools, job training and case management.

“The refugee center project has created a service hub for the agencies that provide services for refugees and immigrants,” she said. 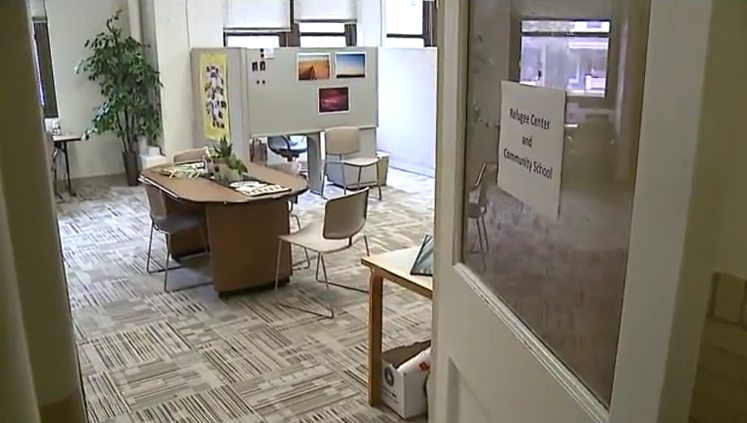 Members are encouraged to submit their 2020 nominations for the Rotary Club of Lancaster Community Service Awards.   Nominations for both the Adult and Student Awards are due by April 1st.